You are in: Home » News » Chinese to invest in a new tannery in Tanzania: “We shall provide ca…

Chinese to invest in a new tannery in Tanzania: “We shall provide capitals, you’ll supply raw hides” 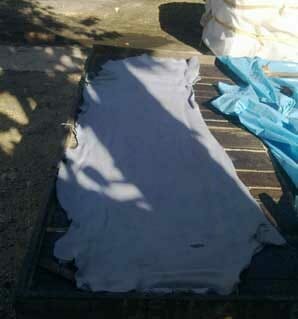 China is ready to invest in the leather business in Tanzania, specifically in a new industrial site that is due to be built up thanks to Chinese capital assets: the industrial area will host a big tannery for footwear, accessories and upholstery. A few delegations, composed by entrepreneurs coming from Guangzhou and Dongguan, have recently met up in Tanzania, where they held a meeting to discuss about possible partnership projects between China and Tanzania, as reported by CLIA (China’s leather industry association). Both parts agreed to cooperate in the leather tanning industry: Africans will supply raw hides and skins, which have been little exploited so far, whereas Chinese will take advantage of the commercial agreements signed in 2013, which are bound to foster the business channel. Tanzanians already know where they are going to build up the industrial park (the site will also host factories regarding other manufacturing industries), while Chinese have already guaranteed 100 million-dollar investments, to begin with. China, which has been striving for years to “colonise” Africa’s leather industry, is about to take one more placement on the west shore of the Indian Ocean.

Who leaves, who stays and who sells in Russia under sanctions