You are in: Home » Fashion » This is how a young (old) glove maker from Naples decided to network

When he had the chance to join Le Mani di Napoli, the newly founded association that brings together and represents the fashion artisans of Campania’s capital, Alberto Squillace did not think twice. He said yes, because he has clear reasons on why it is important to network, especially for a person in his position. Because on the one hand, given his age (“with my 31 years of age I think I am the youngest glove maker in the world, ” he laughs), he knows how important the issues of training and generational change are. On the other hand, he represents the fifth generation at work in the family business, the Omega glove factory, which has been based in Sanità since 1923 and employs around ten people. He knows just as well, therefore, how collaboration between artisan fashion companies is a potential growth factor for everyone.

The importance of networking

Le Mani di Napoli, established in early 2022, was presented on May 15 in the Sala della Giunta of Campania’s capital. More than 20 companies are currently part of it: many belong to the tailoring chain, i.e. textile-clothing. But there are also Omega and Paolo Scafora shoe factory. There are many projects in the pipeline, especially in the fields of communication, culture and events. “I am very interested in training,” explains Squillace (pictured). “It is fundamental to give the sector a future: we have to teach our art to people, even more so, we have to encourage the younger generations to return to the trades.

Awareness is needed”. Although something has already been done now: “I have had many young people in the company, even from Central Saint Martins in London, for internships, research projects or graduation. But internships are an ephemeral experience: we need job training projects”. The priority, therefore, is not only to divulge what the craft trades consist of, but to win new followers to the cause: “I gave lessons at the Academy of Fine Arts in Naples,” says Squillace. “They ask me: how long does it take to learn the craft? It is impossible to answer beforehand, you have to live the business”.

Also useful for the city

The potential of craft enterprises does not only concern the enterprises themselves, but the city and its inhabitants as well. “There is a large slice of the Neapolitan economy that we can grow this way. I also really like the idea of tailor-made clothing tourism,” he explains. “It is right that the many people who visit the city enjoy pizza and visit the nativity shops, but we must make them discover that there is also more. In Naples, we have centuries-old tradition in quality clothing, covering all activities: the tailor, the shoemaker, the glove maker. By networking, we can help each other”.

Compared to when his great-great-grandfather Pasquale founded the company in 1923, a lot has changed. And many continue to change. “We will soon be a century old and, for most of our history, we have been mainly producers, ” Alberto Squillace recalls. “Since the demand has changed, the manufacturing fabric has been transformed”. In what sense? “There are those who have tried to chase the Chinese, industrialising the product,” he replies. “Or, worse still, there are those who have preferred to reduce themselves to the role of salesman only, buying and reselling”. The challenges of the glove market are not over. “We, who were born in the contract sector, have preferred to focus first of all on quality and, for a while now, on our brands”. 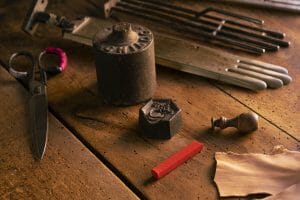 Squillace speaks for many, because the historic Omega brand, in the premium segment, is about to be flanked by a new one: “With my sister Martina, who lives in Paris where she studied design and modelling, we are preparing the launch of Squillace 1923,” he continues. “It will be our haute couture brand”. The market for Omega gloves remains foreign (Italian sales are around 10%). Predominantly northern European, but “for the last five or six years we have been developing a lot in the Far East,” concludes Squillace. “Markets like Japan and Korea know how to recognise great value in made in Italy and made in Naples. I am just back from a trunk show in Seoul: there the public gives great satisfaction; they are really interested in the product. They do not just see an economic transaction, they return an emotion”.

For Dee Ocleppo, choosing made in Italy “was a blessing”

Confindustria Moda: forecasts and those risking the most